Your Car Dealer Bond (YCDB) was founded in 2011 as a premium Surety Bond Agency in Fremont, California.  Since this time, YCDB established headquarters in Fresno with production offices in Bakersfield and Corona.  We believe you will find our particular expertise in the California Car Dealer Licensing and Surety Bond industry to be fundamentally unrivaled.

The Your Car Dealer Bond backstory.

Mike Ramos founded YCDB with another individual he met while working in Corporate America at a mid-sized insurance company out of Menlo Park, CA.

His employment at Pacific Specialty Insurance Company (PSIC) as the Director of Nationwide Operations provided Mike the opportunity to cultivate relationships with various managers and supervisors.  These relationships eventually led to the formation of Your Car Dealer Bond, LLC (YCDB) in late 2011.

Why did Mike Ramos launch YCDB?

This is a question I am frequently asked, and I am delighted to answer it.  Working as the Nationwide Director of Commercial Operations for a large insurance carrier, I received many questions asking for my insight on how to get an auto dealer license, how much is a dealer license, and where to obtain a low-cost dealer bond.  This was approximately around the period when the recession occurred in 2008 and 2009 and auto dealers were witnessing their bond prices triple, at best.

Of course, it had little to do with their credit, but surety carriers virtually lost millions of dollars trying to undercut each other in attempts to purchase a California dealer bond business.  It resulted in an alarming game of musical chairs for surety carriers and sadly, some of them paid dearly.

Although this was an unfortunate time for used car dealers, it was a revelation for me.  I tried helping by referring dealers to insurance agents whom I had known for years and thought had provided valuable customer service.  But I soon discovered that their service standards and my service standards were not in alignment.  It turned out that our operating standards were light-years apart.  I began receiving calls from very frustrated, prospective dealers who had been ignored 2, 3, and 4 days after their referral for a quote.

The game-changer emerged when one of these insurance agents told me he not only failed to return the calls to the prospective customer I had sent him the previous week, but he had voicemails from weeks ago that had gone unanswered.  This level of service was completely unacceptable to me.  That is when I decided to proceed with the development of the YCDB business!

How did I select the name “Your Car Dealer Bond”?

My primary objective had always been to establish a business that truly catered to my customers.  I understood that I needed to reimagine the entire process if I were to earnestly pursue my vision.

Your Car Dealer Bond encompassed all that my company initially spotlighted, and that is how the name was filed.  Simple, but true.

To this day, our mission at YCDB is to bring premium results to small and medium-sized Used Car Dealerships for a fraction of what our competitors charge.  I believe this mission has been accomplished to a great extent because our company has experienced a growth rate of three times in the past three years from where we were at inception.

How does YCDB’s expertise help our customers?

Our longstanding roots in car dealer insurance and the used car dealer industry validates YCDB’s ideal balance of professionalism, competitive pricing, and proficiency.  Our qualifications enable us to assist from the basic process of getting a car dealer license to navigating through the most complicated scenarios in the Used Car Dealer universe. Whether it’s a difficult situation with a DMV inspector or a problem locating a suitable car dealer insurance, we can help you TODAY!! 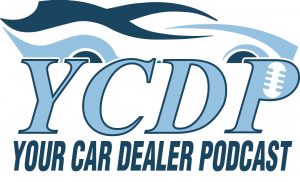 YCDB implements the use of Podcasts to give back to the car dealer community.

To understand how the most successful used car dealers operate, we summarized the 7 Strategies of Highly Effective California Used Car Dealers:

We invite you to listen to our Podcast below.

How did Your Car Dealer Bond (YCDB) make it passed the point where other businesses fail?

2014 was another year that achieved 3-times the growth rate for Your Car Dealer Bond, even as Mike maintained full-time employment at his PSIC position. Without the support of his YCDB staff, this type of growth rate would not have been possible. Today, this support team continues to be a major source of YCDB’s success.

Mike eventually decided to resign from PSIC in January 2015 to fully dedicate his time to YCDB.  Read his story below.

Mike embarked upon his insurance career with employment at a small, full-service insurance agency.  From there, he worked for a large auto insurance writer, and from there he was employed at a Managing General Agency.  Mike’s exposure to the insurance industry during these three years proved to be an excellent foundation that led him to a Commercial Underwriting position with Pacific Specialty Insurance Company (PSIC) in 2000. 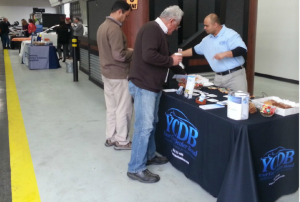 Over the course of the next decade, Mike Ramos moved his way up the ranks to the position of Nationwide Commercial and Personal Lines Director.  Mike’s hard-working team increased the value of PSIC’s Gross Written Premiums from $5M to $250M while maintaining a 10-year total combined ratio of 88.2%.

Where have you possibly seen YCDB over the years?

You may have seen YCDB at various Southern California auctions over the years such as Oceanside and San Diego, or perhaps at CADE in Anaheim or Manheim Riverside (AKA Fontana).  We also made the rounds through the Central Valley at auctions such as Fresno and ADESA Tracey.

Because this business originated during the period when Mike Ramos resided in the Bay Area, he spent a significant amount of time at the Bay Cities Hayward Manheim Auction.  He had also been a staple at the North Bay Auto Auction in Fairfield.  Over the years, these road trips took Mike up to the ADESA Sacramento and ADESA Brashers Auto Auctions. And on occasion, as far South as the ADESA Phoenix Auction.

How is YCDB currently performing?

Your Car Dealer Bond is now a family-operated company that has grown steadily since its inception in late 2011.  YCDB issues approximately 1,300 dealer bonds annually of the estimated 9,500 bonds issued statewide.  We believe our suite of services and product offerings are truly unsurpassed.

Currently, YCDB is headquartered in Fresno, CA with production offices in Bakersfield and Corona. Our mission statement remains the same but now with an even broader base of business owners we are committed to supporting.

Despite the varied local and global challenges, we are having a very promising year.  It is with great anticipation and optimism that we look forward to the many exciting new developments on the horizon!

Thank you for visiting our site!